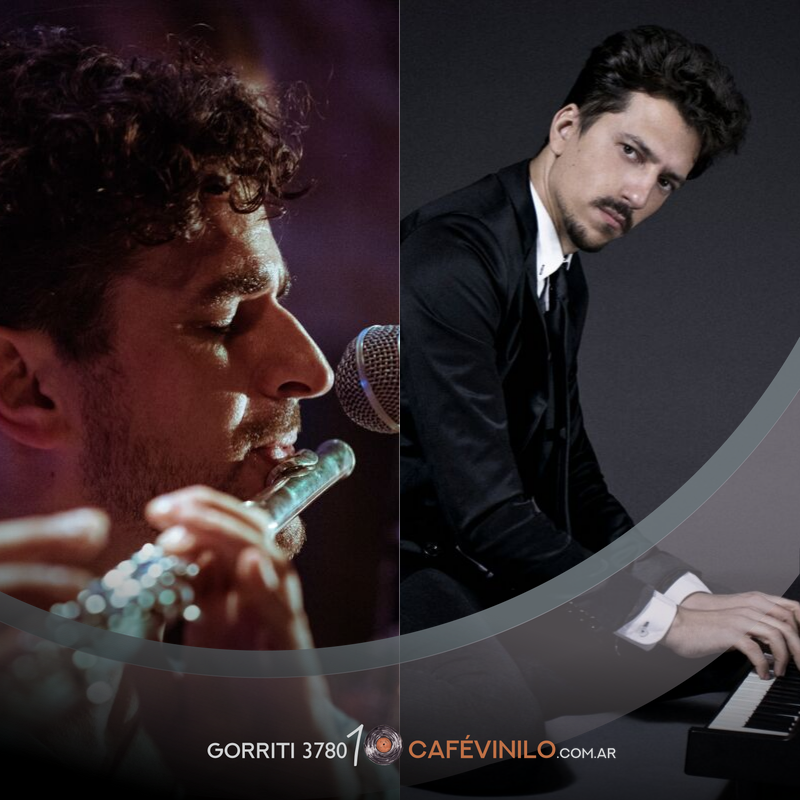 Hernán Jacinto is one of the most outstanding Argentine pianists today, He has played among many others with Luis Alberto Spinetta, Ruben Rada, Pedro Aznar, Fito Paez, Javier Malosetti and has performed with many international artists such as Paul Wertico, Darryl Jones, Hugo Fattoruso, Miguel Zenon, o Tim Ries.
Tiene 7 records released, among which stand out Lúa, Continuous, and Camino.
He was recently won his first Latin Grammy and is touring with his trio and Oscar Giunta group traveling around the country and around the world.

Juan Pablo di Leone is considered one of the most representative flutists of popular music Argentina, for his work for more than 12 Chango Farias years with Gómez. It has been called by other referents of Argentina, Uruguay and Brazil as Aca Seca, Ruben Rada, Eduardo Lagos, Carlos Aguirre, Nicolás Ibarburu, Francisco Fattoruso, Juliet Rada,,es,The show will deal with a first part of solo piano performances and the pianist's own compositions,,es,These deal with instrumental music influenced by candombe and Uruguayan music,,es,trying to achieve a unity between improvised music from jazz and Uruguayan folk music,,es,As a second part you will have Julieta Rada as a guest in voice,,es,where duet versions of music that have been influenced by the performers will be performed,,es,Augusto Durañona plan only,,it, Leo Maslíah, Guillermo Vadalá, Javier Malosetti, Liliana Herrero, entre otros.
Has released album “without Palo”, Other albums with his project Chiche Trio and Don Olimpio group.